A letter sent by a prominent Dutch Professor to Russian president Vladimir Putin has attracted much media attention in Europe.  The letter was written by Professor Cees Hamelink and signed by dozens of Dutch intellectuals and professors. Below is the letter in its entirety.

Please accept our apologies on behalf of a great many people here in the Netherlands for our Government and our Media. The facts concerning MH17 are twisted to defame you and your country.

We are powerless onlookers, as we witness how the Western Nations, led by the United States, accuse Russia of crimes they commit themselves more than anybody else. We reject the double standards that are used for Russia and the West. In our societies, sufficient evidence is required for a conviction. The way you and your Nation are convicted for 'crimes' without evidence, is ruthless and despicable.

You have saved us from a conflict in Syria that could have escalated into a World War. The mass killing of innocent Syrian civilians through gassing by ‘Al-­‐Qaeda’ terrorists, trained and armed by the US and paid for by Saudi Arabia, was blamed on Assad. In doing so, the West hoped public opinion would turn against Assad, paving the way for an attack on Syria.

Not long after this, Western forces have built up, trained and armed an ‘opposition’ in the Ukraine, to prepare a coup against the legitimate Government in Kiev. The putschists taking over were quickly recognized by Western Governments. They were provided with loans from our tax money to prop their new Government up.

The people of the Crimea did not agree with this and showed this with peaceful demonstrations. Anonymous snipers and violence by Ukrainian troops turned these demonstrations into demands for independence from Kiev. Whether you support these separatist movements is immaterial, considering the blatant Imperialism of the West.

Russia is wrongly accused, without evidence or investigation, of delivering the weapons systems that allegedly brought down MH17. For this reason Western Governments claim they have a right to economically pressure Russia.

We, awake citizens of the West, who see the lies and machinations of our Governments, wish to offer you our apologies for what is done in our name.
It’s unfortunately true, that our media have lost all independence and are just mouthpieces for the Powers that Be. Because of this, Western people tend to have a warped view of reality and are unable to hold their politicians to account.

Our hopes are focused on your wisdom. We want Peace. We see that Western Governments do not serve the people but are working towards a New World Order. The destruction of sovereign nations and the killing of millions of innocent people is, seemingly, a price worth paying for them, to achieve this goal.

We, the people of the Netherlands, want Peace and Justice, also for and with Russia.
We hope to make clear that the Dutch Government speaks for itself only. We pray our efforts will help to diffuse the rising tensions between our Nations. 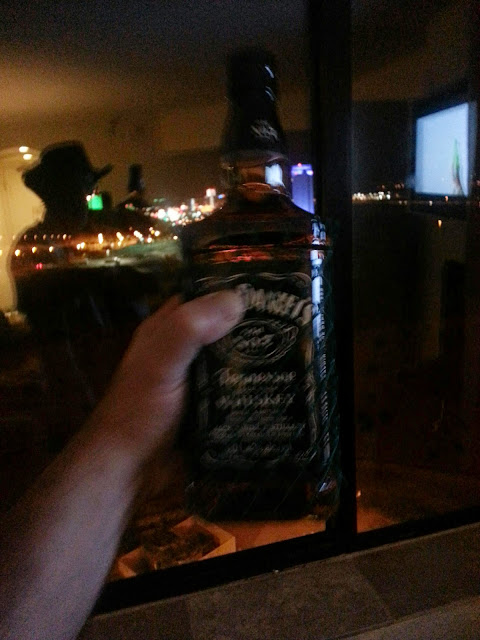 Clearly shows 30mm bullet holes... Some In, some out.

Brought down by two fighter Jets bullets on either side. 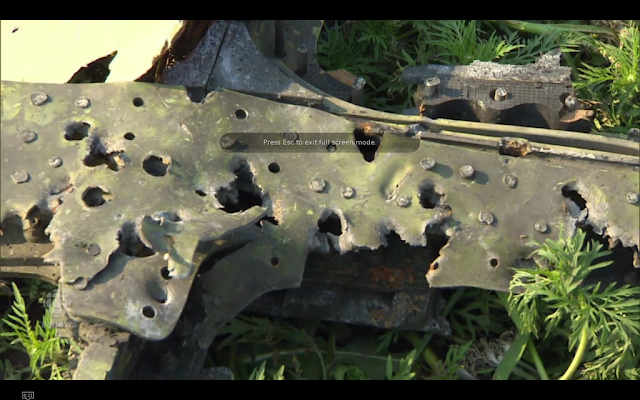 Trying to find a seat at the Flamingo pool is next to imposable on the weekends. I give up trying. I lay my towel on the concrete pool deck and slip into the water.

I mark my territory by spreading the towel lengthwise on the pool deck. This gives me about three feet of real estate. I need to stay vigilant and defend my turf,  these drunken bastards can get very aggressive after the first bucket of beer.

The place is filling up fast and it’s not even noon, the pool side DJ is spinning some tunes and Go-Go dancers mount the mini stages located in several spots in the middle of the pool.

Almost every young person here gets stoned or hammered, buckets of beer for 30 bucks, men, woman half naked and smashed out of their minds. A good many are looking for a bit of side fun. That perfect sleazy Vegas story to share, published as it happens live on Facebook, Twitter and YouTube, or buried deep in ones memory, never to surface again. The last thing you want to do here is read some days stupid book.

The waitress brings me my first bucket of Coors light, an ashtray, and five packs of salt. I tell her to charge it to my room, and to call Ron to find out where it is, she resisted at first till I slipped her a twenty with Ron’s business card that reads, Executive Casino Host..

I spot Ashman, his head, flipping from side to side, he might have started out looking for me, but he's now his eyes are on anything in a two piece. He's not even descret, laser focused eyes on female crotches.

He's always been a bit of a pervert, back home the ladies on Nectonite can read men's minds, he never gets action due to his depravity. He's here surrounded by thong bikinis that have no idea what the deviant is thinking.

“Smokey, will you look at this place, look at those Go-Go girls Go. Look at all the drunk chics in the pool, this is going to be easy pickings.” he said as he joins me in the pool.

I’m into my first salt pack, discreetly slipped into my beer.

I spark up a smoke to compliment this rush. I take a Marlboro down fifty percent on my first drag.

Just As I reach over to ash it, two slightly wet and cool balls of softness push against my shoulder blades. My utopia is interrupted with salt induced terror, salt is Alien Heroin, is this a zombie grandmother looking for a boost out of the pool?, or a huge fat gay man looking for a Vegas story to share at a bath house.

“Hi handsome, do you all happen to have an extra cigarette.” She said.

I didn't say a word, I shoved a Marlboro into her mouth and reached back for my lighter, Ashman nearly knocks me over in his rush to light it for her. All of a sudden this bastard has become considerate, developed manners, after years of duchbagary.

“My name is Claire, I’m from little old Texas, where are you from Handsome?” she said to me.

With the salt  kicking in hard, void of inhibitions. For reasons unknown, I decide to break mission code and tell the truth. I'm unable to take my eyes off those Spectaculos, perfectly round and natural. They are hanging by a tiny thread; most males would be having depraved thoughts on what they were going to do with those twins. But  I’m a scientist first, I try and calculate how much more load those tiny strings could hold. “I’m from Nectonite.” I said

“You’re not shy are you, I'm up here handsome, is that town in Cacanada” She slurs with a warm inviting smile.

"It's a planet one billion light years away, it has a high concentration of nicotine in the atmosphere, we can't live without it, that's why I'm chain smoking all the time." I said.

Holly shit, she's taking like daffy duck. She presses hard against my body, her face less than two inches away from mine. The aroma of weed, whisky and tobacco is overbearing.

I say to her. "We are just like humans, except our IQ is ten to twenty times higher, we have slightly bigger heads, and our package, well it's impressively larger. We are here to eradicate your entire species."

“Why would you do that?” She said.

“We created humanity on our planet because we became prosperous and lazy, robots couldn’t do all the work. Rich and powerful men wanted mistress that could not read their minds. Huge capital was invested. Our best scientist spliced up some sheep and dog DNA with ours and created a dumber version of ourselves that would obey, follow orders and serve.”

We thought we had the perfect slaves, till some of you’re ancestors started rebelling, becoming violent, merciless killers. Some speculate a few mutated.  A decision was made to kill your ancestors but was overruled by the newly elected bleeding heart Liberal counsel. So Two hundred thousand years ago we loaded them all on a space ship, and sent them to earth.

“Wow, you’re making this up, aren’t you?” She said smiling.

“I’m not.  It’s the truth. Do you know the first thing you savages did when you landed ?

You killed off all the Neanderthals. Now you’re on the verge of developing intergalactic space travel technology, while you all kill each other all around the globe, we can’t allow this cancer to spread to the universe.”  I said.

After about ten changes in her facial expression and ten seconds of trying to process what I just said, she loses focus. She is zeroing in for a French kiss.

I since high levels of oestrogen, elevated testosterone, and a bad case of herpes. I put my force field on.

After several attempts, and about 5 clangs of her tong stud smashing my force field shell, she pulls back and slurs, "What The Fuck."

"Shit, what the hell are you doing?" I said.

She says. "Trying to welcome you to earth."

That's , me the short one next to a green Grey. 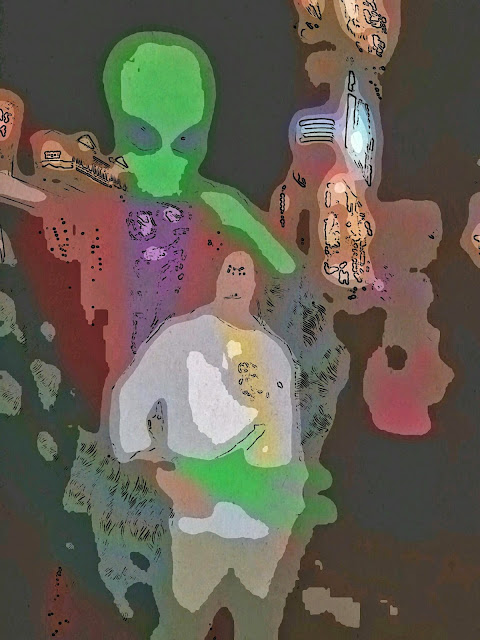 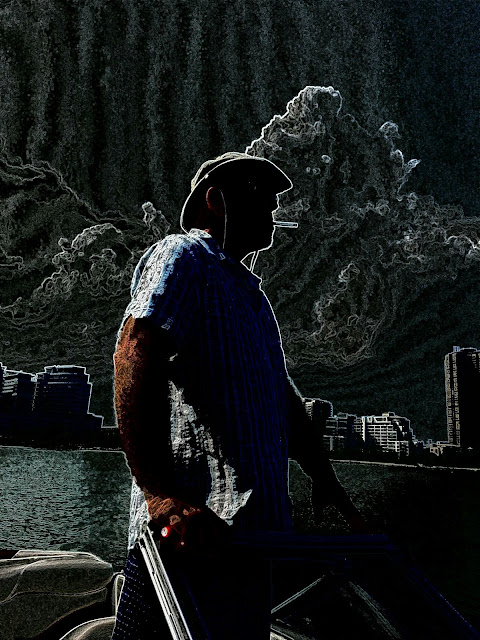 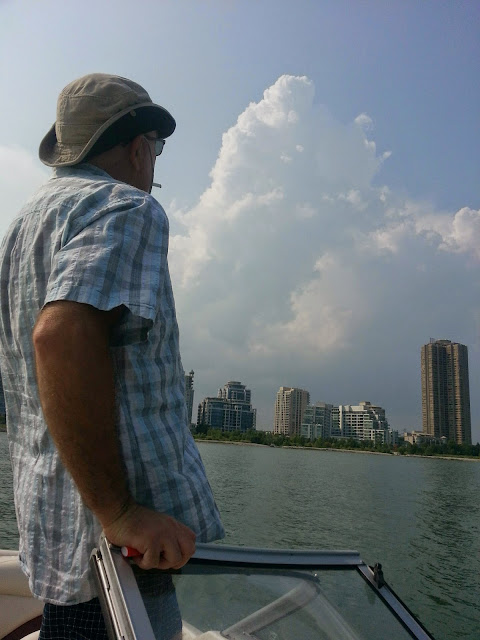 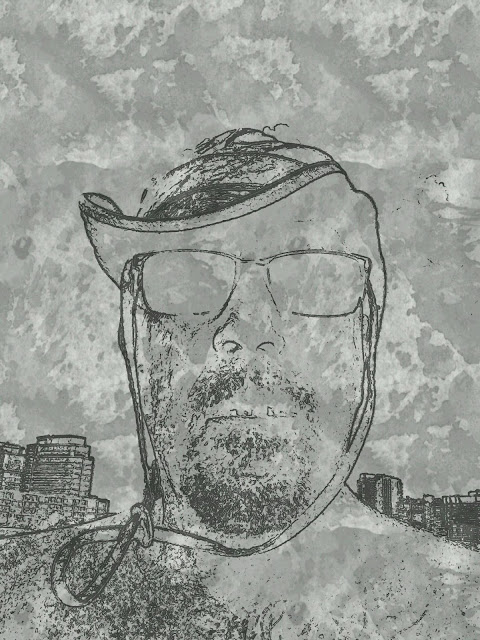