If you own Man's belief system you own everything.

Before I dive into nuts and bolts of my scatter brain thoughts of today,  a little bragging and self praise is necessarily. Just to piss off the over schooled diploma toting know nothings. Man I really don't know how I call the Markets perfectly and timely, over and over on Gartho's blog. It's a combo of news, how the tax farm slaves react to it, a through understanding of the intricate mind of the machine, that shadow all power that hides behind the curtain that creates policy for our elected tax farmers to implement. Takes one to know one I guess.

Bubble Heads about a month ago when a full frontal assault on  RE was being executed by the machines herding prong (MSM) I called and said they would do exactly that. Before it happened

Few weeks ago I  presented 3 options how this debt problem plays out, the only choice and  pick was to inflate the debt away. Well guess what Bill Gross said today.  I think the prick must come here and get his ideas from me. Actually I like the guy but the words he use are to complex for me to understand.

Today MSM is calling for an extend pause to rate hikes. what have I been saying for months. C lied.

This engineered assault on the house market is not cause the machine was worried about 18% increase in the 416 over the last four years.

C and F  Know that rates are not going up, in fact way down, they need to nip this in the butt before C drops the overnight, and our bonds get so popular that you got to pay to own them as in Switzerland right now.

If you're not a skilled liar, If as a kid you didn't open up that toy with a screw driver to figure out how it worked rather than play with it, you can't be me. You can't spot a skilled liars plan less you're just as  good. Lying requires years of practice to perfect, not something you can develop overnight or even hope to learn in school, school deliberately makes and trains you to be vulnerable to the master fibsters who own the machine .

Central Banks world wide have a big problem on their hands, they have done an amazing job using rates as a weaponry to knock down Joe slave when ever he is in a position to make more money when the labour market has shrinkage.

This policy over the last 30 years has hit the wall, .inflation adjusted  growth in GDP wealth has gone to the investment class, while impoverishing  today the very people that the machine needs to keep its engine running. So as a last ditch effort to try and get the slaves spending again, they take rates to the basement, the slaves are broke.

So bubble heads news flash, Central backs are going to abandon there 30 wackamole  game and allow the slaves incomes to raise.  Inflation Bubble Heads. It's coming.


This Central bank model  is over, they have over fished the tax farm slave stock, they need to be fattened up a bit so everyone can eat again before we start eating each other.

Thanks for the chart PIMCO
Rates to go to nothing. Wages will be allowed to recover. Investors to go bald.
And Precious Metals starting to shine in my eyes.

And if you're in cash and not cutting your own grass in the 416 you're screwed.

Some times you're the fly. But the machine is always the windsheild

Recap of my stunning predictions on www.Greaterfool.ca 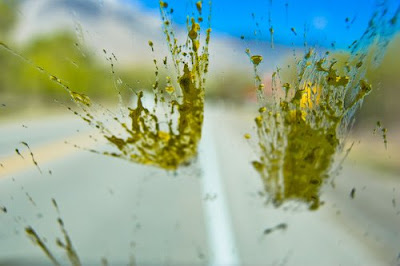 Since I been blogging I called interest rates will never go up Cha Ching. 10 year bond at the lowest in history.

I called the go with throttle up(disaster coming) around May 1st last highs of the TSE  market. Cha Ching.

In the spring I called the re market insane past my expectations.I said the machine and MSM would bombard gloom and doom re real estate  stories till balance between buyers and sellers was restored.

Well that day happened yesterday, as a gracious blogger at GF pointed out a surge of 82% listings in GTA.

Now today RBC was the first out of the gate with No bubble here.others to follow in the next few days.
The talking down of the market was a success,  now we have a balanced market of supply and demand.

LaughingCON will call me a Realtor, Realtard.  But I'm not.

I'm a  fking  brilliant observer of the obvious that the masses have had stripped out by the educational industrial complex.

We will see a balanced tug of war  MSM reports that will focus on keeping the market balanced.

Why is all this happening now.

Because next year when Carney has to drop the overnight rate after the EURO gets flushed. Carney does not want to create a situation where the tax farm slaves revolt and ask for a raise.

The machine has taken 30 years to slowly push your labor credits and productivity gains to the investment class, they aint going to give it up with out a fight.


LaughingCON I have fully profiled you, wasn't easy with your robo postings. You are a weak man, two things you don't have that can easily control and manipulate you,
1st is a vagina with a functioning life support system, Second, a gig that pays better than 11 bucks an hour.


Why is it I despise you so much, calling me a Realtor?  Nope. been called worse ask Linda Patterson.
the mean spirited and vengeful  stuff you said about  your sister on the G and M.


Her crime, buying a house, making a profit and being generally happy. Forget nasty crash You'er one  Nasty Brother.