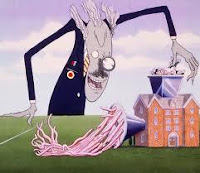 Below is a sample letter:
Students feel free to plagiarizer/modify and use this template.
If anyone has a better letter temple feel free to post in the comments section

This is My Sincerest Apology Letter I am being forced to write:


How dare you fuckers discipline,  threaten me with consequences  and force me to write an apology when it was you and your board who invaded my privacy by reading  private conversations of my friends and I on twitter


I would like to take this opportunity to remind you we live in a country that has a charter of rights and freedoms, it's  displayed in the school hall, stop treating it like toilet paper. In this great country of Canada free and open speech is permissible and legal.


My friends and I were engaged in private conversation between us you where not invited,  you have absolutely no right to read or form an opinion of this content. If you came across it by accident or were shown it  you should have respected my privacy and stopped reading, then disciplined the individuals that brought it to your attention.

We students and parents want to know why Christopher Vincent of a other Brampton school, who also was once a history teacher at St. Marguerite d'Youville Secondary School was not forced to write an apology letter when he was charged with drinking and driving and found with undisclosed controlled substance. He even gets a (Holiday) suspension with pay.

Where is the fairness in that you fucking pieces of shit.


My private conversations with my friends are done on our own time. How dare you read it. Who the fucking hell do you think you are.You Parasitic free loaders who's salaries are 100 times over what the job is worth.

I would also like to know why there is only one supplier and source to purchase our school  uniforms at extremely over inflated prices, is there a financial interest with members of the school board that allow a single supplier year after year? Why do we have no secondary choice.

I demand a written explanation as to why I need to pay so much money for this poor quality clothing. Why is the vendors right to privacy referring to it's financial statements not under your scrutiny. I want to see the balance sheet of that company.

This is a shameful abuse of power. Remember it will be my generation in charge of changing your diapers in a few years while you rot in a nursing home, pay back may be a bitch you fucking bastards..


PS: Mr school master,  you want us to use responsible speech while using social media and the like. Are you a complete fucking idiot, True free speech is irresponsible speech. and you claim to have an education.

Both sides are lead by barbarians who think of each others people as rabid dogs. They cheer whenever they kill kids of their opponents, gallons and oceans of blood never seams enough to quench the thrust of hate.

Amazing: These people fight for shit land, a desert that you can't grow a tomato on cause a bunch of con man way back when scribbled down a bunch of holly bull shit in an effort to control and dominate their followers. Today we have lots of pathetic stupid tribes that fight  for the honor of it's ancient con men

Those men, just like men today where after a nice peace of ass or two, a job with little work, and slaves to do everything for them, Bounce was to get the  followers to give them treasurer.

Personalty if the religious extremist for each religion, all religions,  got into a stadium and fought to the death with clubs and crowbars, up close and personal that would be a heavenly moment for me. Popcorn, hot dogs and beers. And hell just for fun we throw in some hot cheer leaders into the stadium. 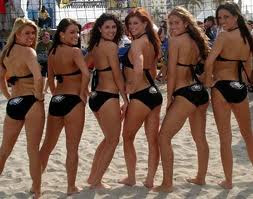 Ladies and Gentlemen,  tonight we have the big fight:
MO vs MO
Get your tickets here and save 5$

Now go to the comments sections feel free to vent your hate, I will not censor shit. Have a ball selling why killing the kids from each others side is noble and justified. Only rule threats will be deleted. Calling each other cunts, mother fuckers, pedophiles cock suckers, shit heads, fagots, etc is fine with me.

Show the world how right you are. 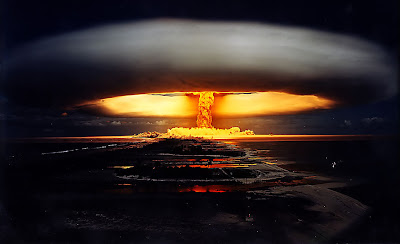 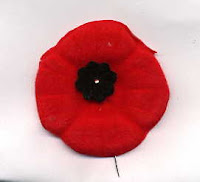 I was at the nursing home to see mom and dad, dad needed a haircut so got the buzzer out and made him a 95 year old handsome devil again .
Down stairs they had a shrine, with all the current vets in the home. My dad’s name was absent from the list, he has no medals, or awards or acknowledgment of his contribution.
He was a freedom fighter in the Serbian hills defending his home land, taking out and ambushing Nazi tanks and battalions. He and his buddies took out a lot of Nazi solders, and took prisoners and treated them humanly, our family and his old friends told me he was brilliant in the hills, mans man. He was captured and Spent 2 years in several concentration/labour camps making his way to Canada after his 3rd escape. 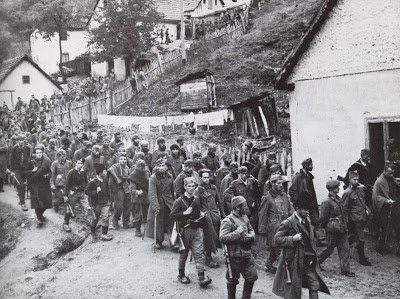 Hitler crushed entire Europe by September 1941. His troops were rushing toward Moscow seemingly invincible. At this, very moment of the peek of Hitler's power his troops were defeated in rebellious Serbia. Just look what united Serbs could do! This kind of site was impossible to see anywhere else in the world: long column of defeated, captured German Nazi soldiers. The prisoners are escorted through Uzice, central Serbia, by both Partisan and Chetnik troops. 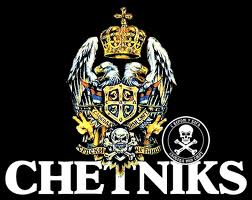 Who knows what the hell he went through in the camps, he don’t remember but he was not the same man that left the family farm. When he was reunited with them in 86, they cried, did not know him to be brother that left.
I grew up with a loving dad, but no guidance. Not a bad thing either.
Today we had some vandal’s spray paint some crap on a vet memorial and a kid in London was arrested for burning a poppy. Outrageous yes, slap em in the face sure, but a crime, no.
The Irony, the very thing our guys gave up their lives for. Freedom, freedom of expression is slowly being taken away from us.
We now have hate crimes, output an expression that is overly offensive to religion and religious groups, or any other special interest group you’re going down on serious charges. Disgusting, our dads and grand fathers fought for that?
So to all the soldiers who made it back or didn’t in ww1 or ww2
I humbly honour you.
To the dead and injured in our volunteer mercenary empire building wars I respect you. And will wear a poppies for all.
Posted by Smoking Man at 7:28 PM 6 comments: